On the 24th September the Junior Doctors Committee (JDC) of the British Medical Association (BMA) voted to suspend Industrial Action. The decision has been widely criticised by junior doctors and led to questions about what will happen next in the doctors fight to ensure a safe and fair contract. This blog will look to set out the reasons and context for that decision, with a companion piece with my thoughts on where next in this bitter dispute around terms and conditions for a vital section of the NHS work force.

Following the breakdown of negotiations between the BMA and NHS Employers, the release of a report on the contract by the Review Body on Doctors and Dentists Renumeration, the Secretary of State for Health threatened to impose a new contract on Junior Doctors, these plans were met with outrage by junior doctors and protests and demonstrations led to a 98% vote for industrial action on a 76% turnout. 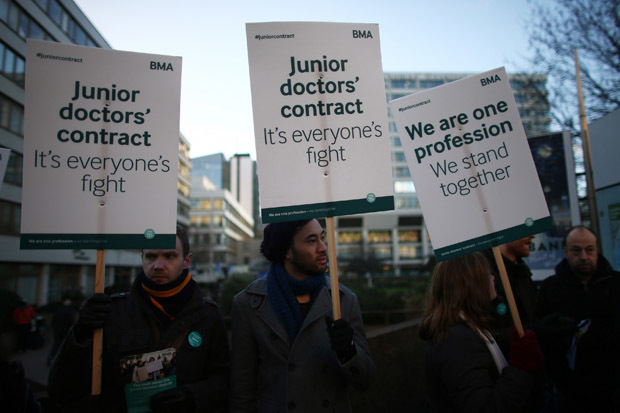 Industrial action took place in January and February and despite further negotiations no deal could be reached and the Secretary of State announced imposition starting in August 2016. This was followed by escalating industrial action by junior doctors, including the first full walkout of all junior doctors for two days at the end of April with approximately 80% turnout by junior doctors. This action combined with sustained pressure from protests outside the Department of Health and other campaigning brought NHS Employers and the Government back to the table. 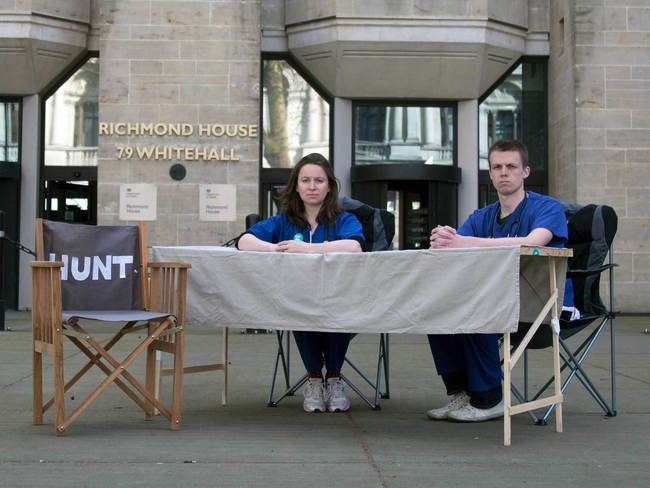 Following intensive negotiations a compromise deal was reached. You can read my thoughts on the deal here. This contract was put to a referendum of all junior doctors and penultimate and final year medical students. 58% voted to reject the contract on a 68% turnout.

So far much of this has been well publicised and the decisions made and reasons why are reasonably clear. Yet from this point onward the decision making and reasoning have appeared less clear.

During the JDC meeting which discussed the referendum result, Jeremy Hunt announced in Parliament his intention to press ahead with imposition, with the first Obstetrics and Gyanecology trainees to move onto the new contract on the 5th October.

JDC discussed the options, strike action was proposed, but it was felt by the JDC that they needed to better understand the reasons for the no vote, and the steps members were willing to take. The meeting voted to support a call for more industrial action, but first to survey the membership on further industrial action, effectively an indicative ballot.

I was elected onto the Executive of the Junior Doctors Committee at this point, and was involved in discussions around the next phase of industrial action. The JDC Executive met early in August and voted to support a rolling course of 5 days industrial action a month, starting in September.

Due to the structure of the BMA and the mechanisms of trade union law, this action could not be formally announced until after a meeting of BMA Council. That did not take place until the 31st August. A lot of time had passed between the end of April and the end of August and the news of such escalated industrial action surprised many junior doctors. A number commented that they had not believed that the BMA would call more industrial action.

The seemingly co-ordinated response from the press, government, GMC and NHS England created a huge pressure point around the first planned industrial action. Sections of the BMA membership expressed serious concerns, and following NHS England’s announcement that they did not believe the strike could be safe the first 5 days of industrial action was called off.

On the 24th September a newly elected JDC met for the first time. Following elections the strategy for Industrial Action was debated. Following the feedback from the Northern Region I argued for a reduction in the length of industrial action to 3 days. That this was the best compromise between the action required and what juniors were willing to take. However JDC voted to suspend all industrial action, and to consider other methods of resisting imposition.

This decision has come as a shock for many, including those within the BMA and this has obviously raised a huge question of what next for the dispute, my next blog focuses on some of the options for junior doctors.

One of the great things about Jeremy Corbyn’s election victory is that it is exposing a whole host of people to new ideas shaped by the left. Most of these are new activists. But it includes a layer of younger people who’s experience of... Continue →