On the 24th September the Junior Doctors Committee (JDC) of the BMA voted to suspend industrial action.

This has been followed by a huge amount of criticism from some junior doctors, despite many local junior doctor reps reporting that appetite for industrial action had fallen prior to the announcement of the suspension.

This has left junior doctors in a very difficult position. Some junior doctors are extremely angry. Within the Junior Doctors Contract Forum on facebook, just short of 2000 have been advocating the reinstatement of industrial action, but there also exists a quieter but insistent group who want to get on with working to implement the contract. Both these groups are in reality probably dwarfed by the the majority who have disengaged from the debate all together and have just gone back to work.

The overall goal remains the same: the best possible contract for junior doctors. However the disagreements amongst junior doctors, the intransigence of the government and the hostility of the NHS and medical establishment have made finding the best strategy to take forward more difficult than ever.

You can read my thoughts on how we got to this point here. 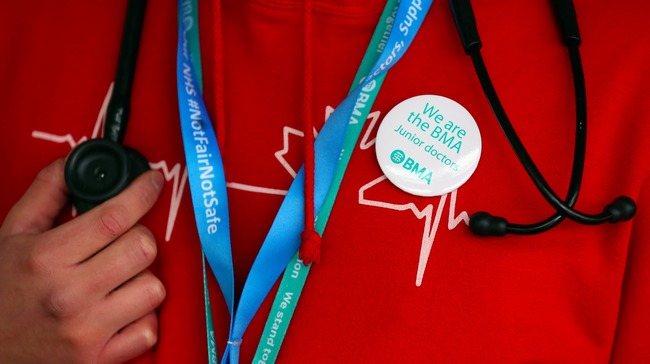 In the interim we must take coordinated action at a local and regional level:

All of this builds pressure on the employers, which is fed through the system to NHS Employers. The more we work at a regional and local level to highlight how difficult to impose this contract is the greater the pressure for them to come back to the table and offer more concessions to fix the problems imposing this contract has created.

Problems have already been highlighted with the rota checking tool being used by some trusts. This proves that a rushed and unsafe contract is about to bring chaos to hospitals up and down the country.

We need to highlight the problems of this contract and be the last line of defence on the ground against this contract which has been imposed upon us. When it fails we must use every avenue open to us to challenge it, using our union to back us in court if necessary.

All of this improves our situation when it comes to improving the national picture and getting serious concessions from the government.

What is needed is a refreshed mandate for JDC when it comes to negotiating again with NHS Employers.

How best to generate a new mandate? #

Firstly, the regional junior doctors committees and regional representatives. This is the bread and butter way that JDC develops its mandate for actions. It ensures that JDC has a balance of views from across the country.

However it is clear that some doctors feel that the committee needs a clearer, stronger mandate than this mechanism at present and a number of different options could be discussed.

A petition has been started calling for an Emergency General Meeting of the BMA. While this sounds like an attractive prospect at first, it has a number of pitfalls. General Meetings of the BMA usually discuss business matters not those of union policy or direction. More importantly it would take the decision making powers out of the hands of the junior doctors who are facing this new contract and place the decision making power with the wider membership. It is vital that whatever happens junior doctors continue to make the key decisions on junior doctor issues.

A special representatives meeting, similar to the one called by Council earlier in the year to discuss the NHS crisis would have the benefit of being wider in scope than just specific to the issue of industrial action, but it would again take the decision making powers out of the hands of junior doctors.

An emergency conference of junior doctors specifically around the contract and what the next steps should be would allow for the debate required to find a unifying way forward, without handing the control of this dispute away from junior doctors. Following this JDC would have a renewed and refreshed mandate to negotiate from and would be able to consider the tools required in order to achieve the goals set by the membership.

Reballoting would provide the strongest mandate. But a legal ballot only asks two specific questions: are you willing to take strike action and are you willing to take action short of strike? While the answers to these questions would be useful information and provide the mandate for industrial action, we need to have greater clarity in our demands and the goals we set ourselves over the coming months.

The solutions to issues such as the discrimination against less than full time, devaluing of weekend work, unfairness of foundation doctor pay and conditions, non-resident on call issues and many more exist. We need champion these solutions once again.

If anyone wants to discuss the way forward or how we build our trade union to be better equipped to take on these tasks, and avoid the mistakes of the past. Get in touch. 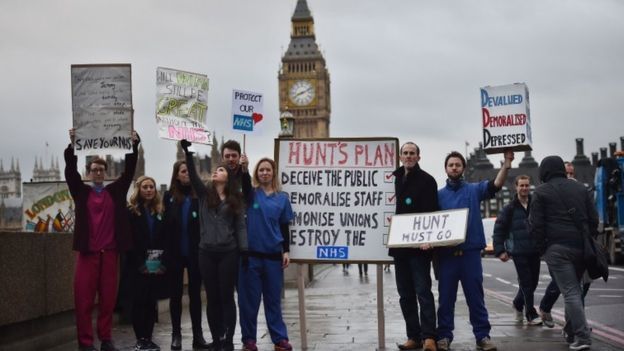 Why are junior doctors back on strike?

Why are junior doctors going on strike? # A contract which ACAS, the BMA, NHS Employers and the Department of Health agreed would be put to a referendum of junior doctors and medical students is being imposed upon them in October.... Continue →