During the past year we have learnt an incredible amount. From how to organise a picket and dealing with the media, to contract law and equality impact assessments.

On Wednesday we were taught a lesson by the Government. A lesson on media management. The power of the Government to define a story in its own terms. When the news of the deal broke and we were faced with an onslaught of media and press reaction. ‘The war is over,’ ‘the deal is done,’ ‘BMA agrees terms with NHS Employers.’ It left a lot of Junior Doctors scratching their heads. Is it? Have we just lost?

The appearance of Jeremy Hunt on the national news did nothing to reassure us. His usual mix of factual inaccuracies and scorn for Health Professionals driving many into a frenzy. How could the BMA have done a deal with this man, and how could any deal be any good with the claims Hunt has made?

But if you look beyond the spin, the picture is a lot less clear cut, and there are parts of the deal which are very good for Junior Doctors, and directly oppose Hunt’s narrative on the contract. There are bits of the contract which quite frankly are not good enough and will the apparent return to a position of a cost neutral contract leave Junior Doctors open to more attacks down the line? 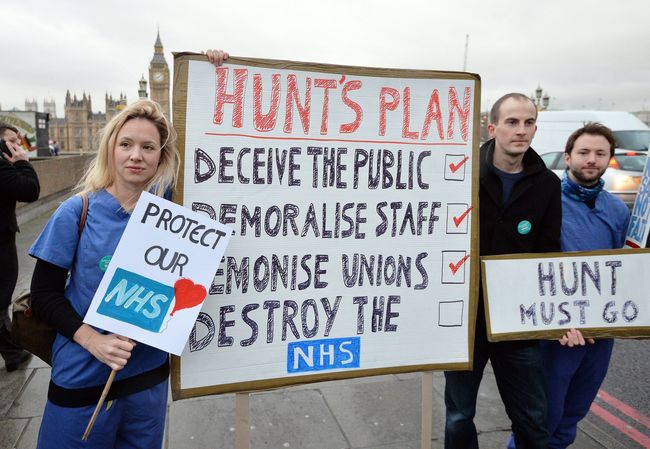 There is a lot for Junior Doctors to consider, and there is much to discuss as we plan the way forward. Industrial action and tough negotiation has won us concessions from the government that I did not believe were possible. The Junior Doctors Committee will meet on the 3rd June prior to the referendum of all Junior Doctors (and penultimate and final year medical students) to articulate a way forward.

Here are my thoughts on some of the issues:

Currently junior doctors receive a pay uplift for unsociable hours (called banding.) The new contract splits this pot of money into sections. A pay premium for hours worked at night, retains a banding for Non-Resident on-call (NROC) and introduces a graded banding for weekend work.

This graded banding, based on the number of weekends worked is vital for Junior Doctors. It means there will be an escalating cost to increased weekend working, putting trusts off from rostering more doctors at weekends. Because it is a banding system it applies to the entire weekend. The risk of a junior doctor being asked to work repeated Saturdays as plain time has gone. Junior Doctors have got what they wanted, a financial disincentive to routine weekend working, and Jeremy Hunt is left trying to spin a defeat into victory.

Pay for all work done #

When we look back at this contract negotiation I believe this will be seen as the biggest mistake made by the government.

Late last year the Junior Doctors Committee stated that it wanted pay for all work done. A reasonable request. The previous version of the contract honoured this on paper, but not in practice by stating that if a Junior Doctor could predict the hours they were going to be overworked they could request to be paid for these hours. Any junior doctor could tell you this was a joke, and would never work in practice.

The ACAS agreement states that we will now be able to claim for these hours before, during or after the period of extra work. This means the system will now be able to cope with the realities of the work. Doctors will be able to ask for this time to be added to annual leave or claim it back as pay if there is no space in the rota for them to take the leave.

This will be overseen by the Guardian. This newly created role with have oversight over a number of aspects of safety, rotas and exception reporting. The mechanism of reporting overworking. This was rightly described as a weak point in the previous contract. But it has been beefed up, and crucially will now be under scrutiny by Junior Doctors.

Unfortunately it is here that the ACAS document doesn’t stand up so well to scrutiny. The March contract offer was rightly attacked for its discrimination towards women, lone carers and the disabled. While this contract makes some moves in the right direction, many of these are of speculative benefit.

The reality of the loss of annual pay progression is a less equal contract. A week point of the new contract is also evening working. Particularly important for carers. The governments desire for the political victory will currently see this contract implemented before much of the work around rotas, equality issues or safety has been completed. Not a good starting point for a complicated, divisive new contract.

Jeremy Hunt argues this contract is ‘cost neutral.’ What he means by this is that compared to October 2015, this new contract would not cost any more than our current contract. Therefore if we were to transport ourselves back to October 2015 and put all Junior Doctors on the new contract the pay envelope would be the same.

Nobody believes this contract is cost neutral. An accurate estimate of the extra work done by Junior Doctors is difficult, but there is clearly a lot of it. If we start paying out for that cost neutrality is blown out the window.

But by saying it, and if Junior Doctors do not oppose it, it gives the Secretary of State political leverage for further cuts. In a years time when the pay bill has grown due to the NHS actually paying doctors for the work they do how will the government respond. In order to keep the pay bill cost neutral will it cut doctor numbers? Will it ask hospitals to cut services? Will it try and close whole wards or hospitals?

Junior Doctors have put themselves in an incredibly powerful position. We should not lose faith in our collective power now. Baring any surprises in the terms and conditions released on or before the 31st May I will be voting no in the referendum. 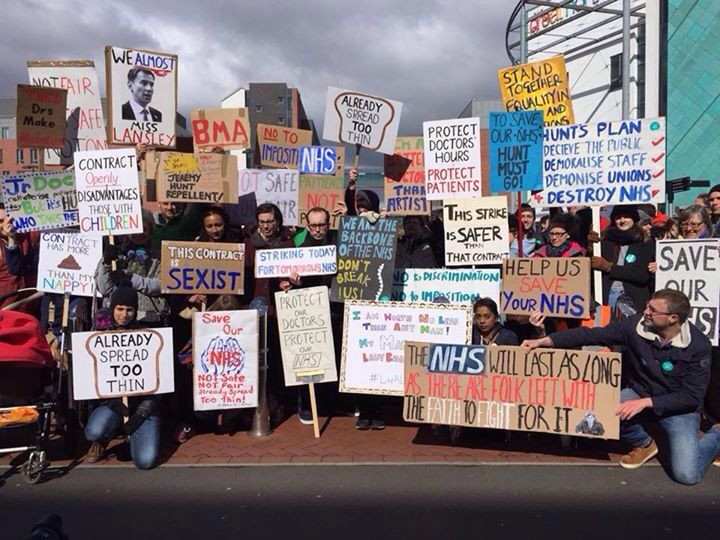 On the 24th September the Junior Doctors Committee (JDC) of the BMA voted to suspend industrial action. This has been followed by a huge amount of criticism from some junior doctors, despite many local junior doctor reps reporting that... Continue →